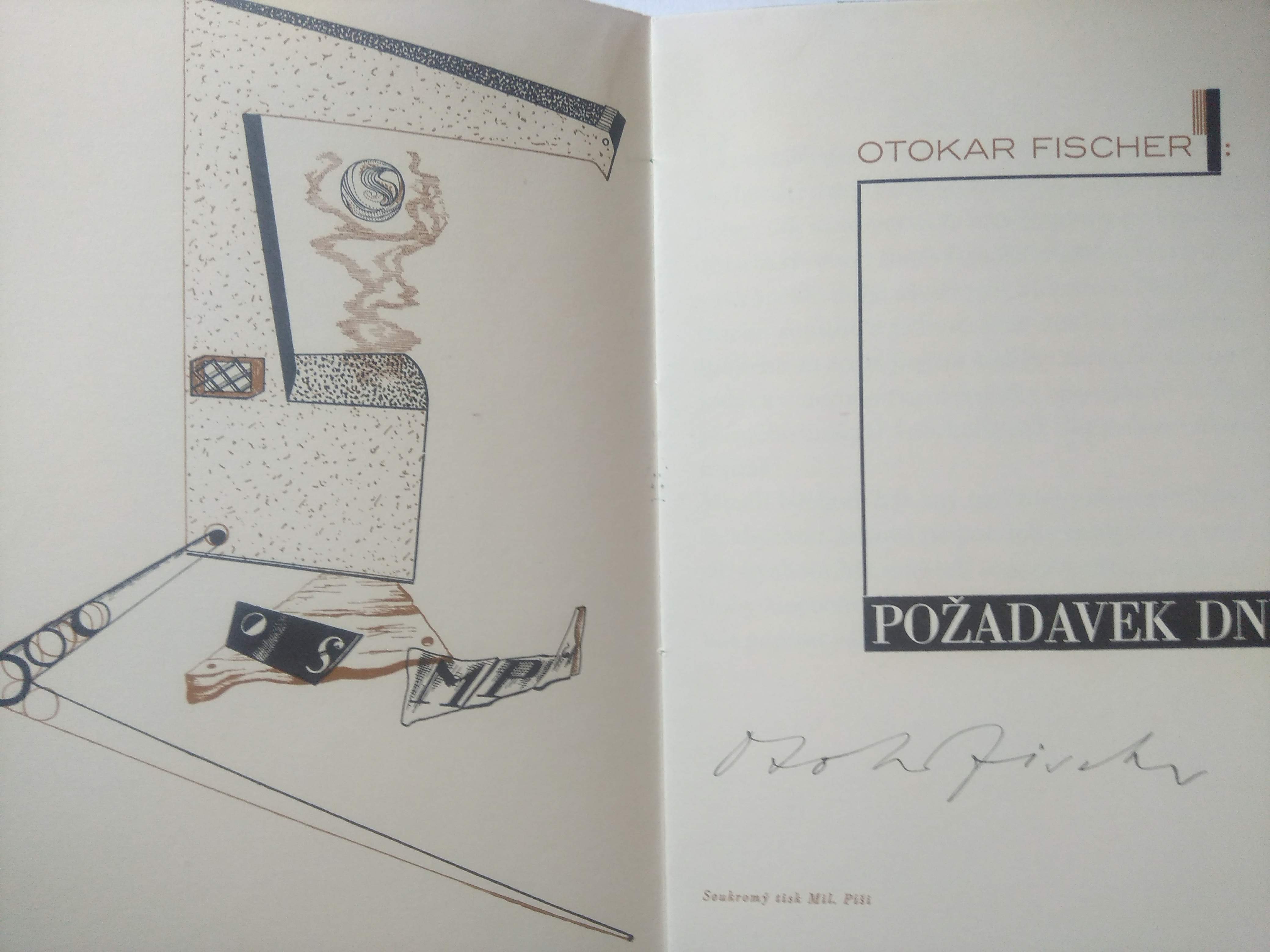 Požadavek dne (Demands of the Day), Otokar Fischer (signed by author), Brno: Miloslav Pisa (private printing, 160 copies. 8vo. 12, [2] pp. Very good condition. Illustration and design by František Vik. Signed by Otokar Fischer, director of the Czech National Theater in Prague and a translator of Goethe and Shakespeare. Fischer was heavily involved in the anti-fascist movement before the war and famously died of a heart attack upon learning that the Germans had invaded in 1938.