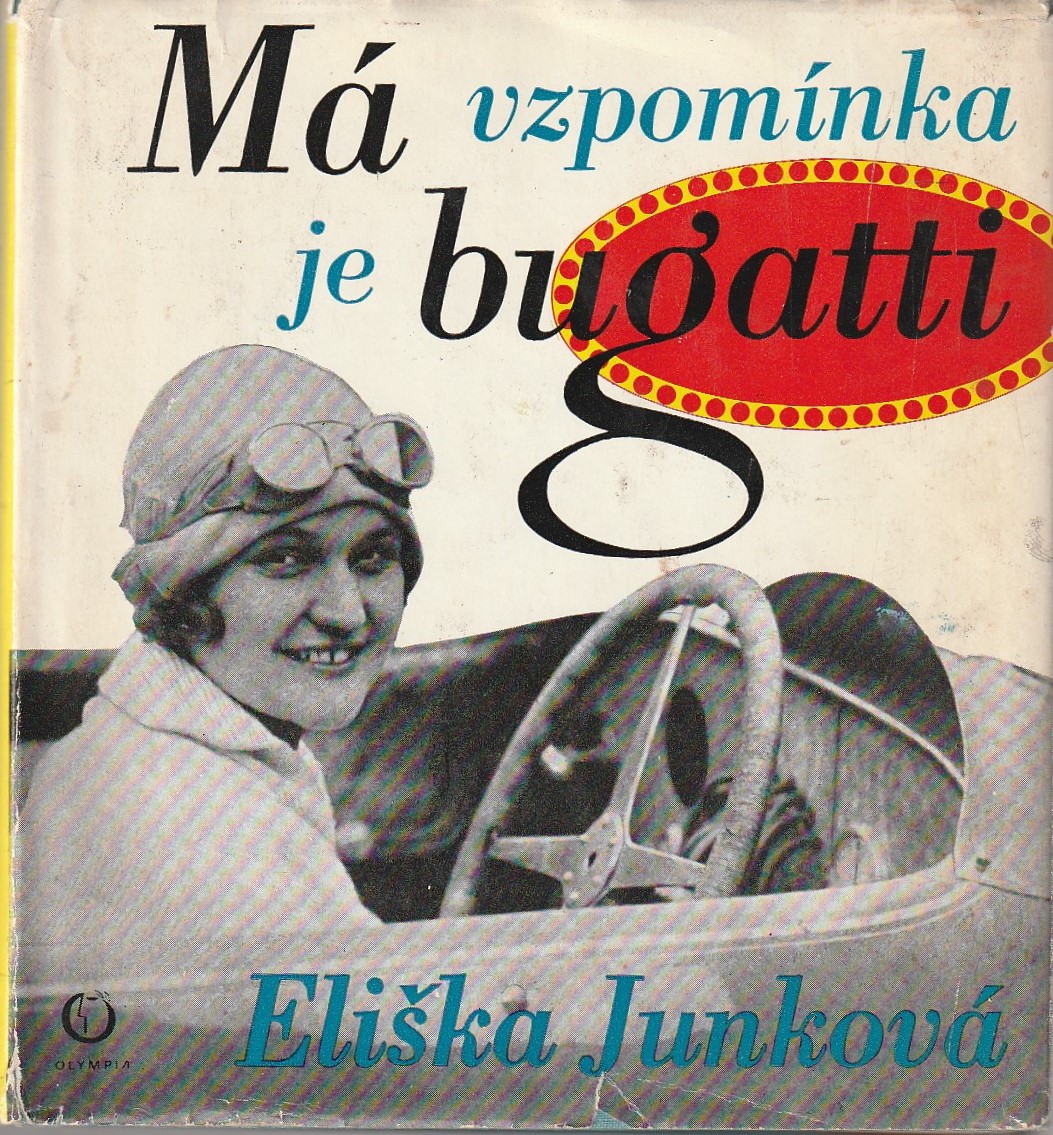 Junková, Eliška. Má vzpomínka je Bugatti [My Memory Is Bugatti]. Prague: Olympia, 1972. 20x18 cm. 230 pp. 117 illustrations. The memoir of Eliška Junková (1900-1994 born Alžběta Pospíšilová) a legendary Czech race car driver, one of the first women to make a name for themselves in the world of motorized vehicles. Junková ignored the conventions of the day and acquired a driving license at an early age, practically unheard for a woman. Initially serving as a mechanic for her racing husband in their Bugatti race car, she took over as the driver when a war injury prevented him from properly shifting gears. Throughout the 1920s she rose through the ranks of Czech racers becoming an elite European driver and placing 5th in 1928 at what was considered Europe's most difficult race, the Targo Florio in Sicily. VG condition. Hard cover with original wrappers. Light wear and a few mm tears to borders of wrappers. Protected in plastic wraps.