Auto: Revue automobilistů a motocyklistů. oficielní orgán Autoklubu. [Auto: The Review for Car and Motorcyle Drivers. The Official Body of the Auto Club]. Prague: Autoklub, 1939. Year XXI, issue 2. 4to. In addition to super photos of innovations in motoring, such as the "motorcycle tank" this issue features a public announcement article on the Protectorate-facilitated change of driving side for Bohemia and Moravia. Readers are informed that as of April 1 (!), 1939, the switch to right-hand traffic would come into effect. This was a process that began in 1925 with the Paris Convention, but was delayed due to popular resistance and lack of funding until the occupation by Nazi Germany expedited the change. The altered title is yet another instance of the Nazi attempt to whitewash Czechoslovakia from popular publications: the original title had two mentions of Czechoslovakia in it. VG condition. Stapled pages loose from cover. BB2 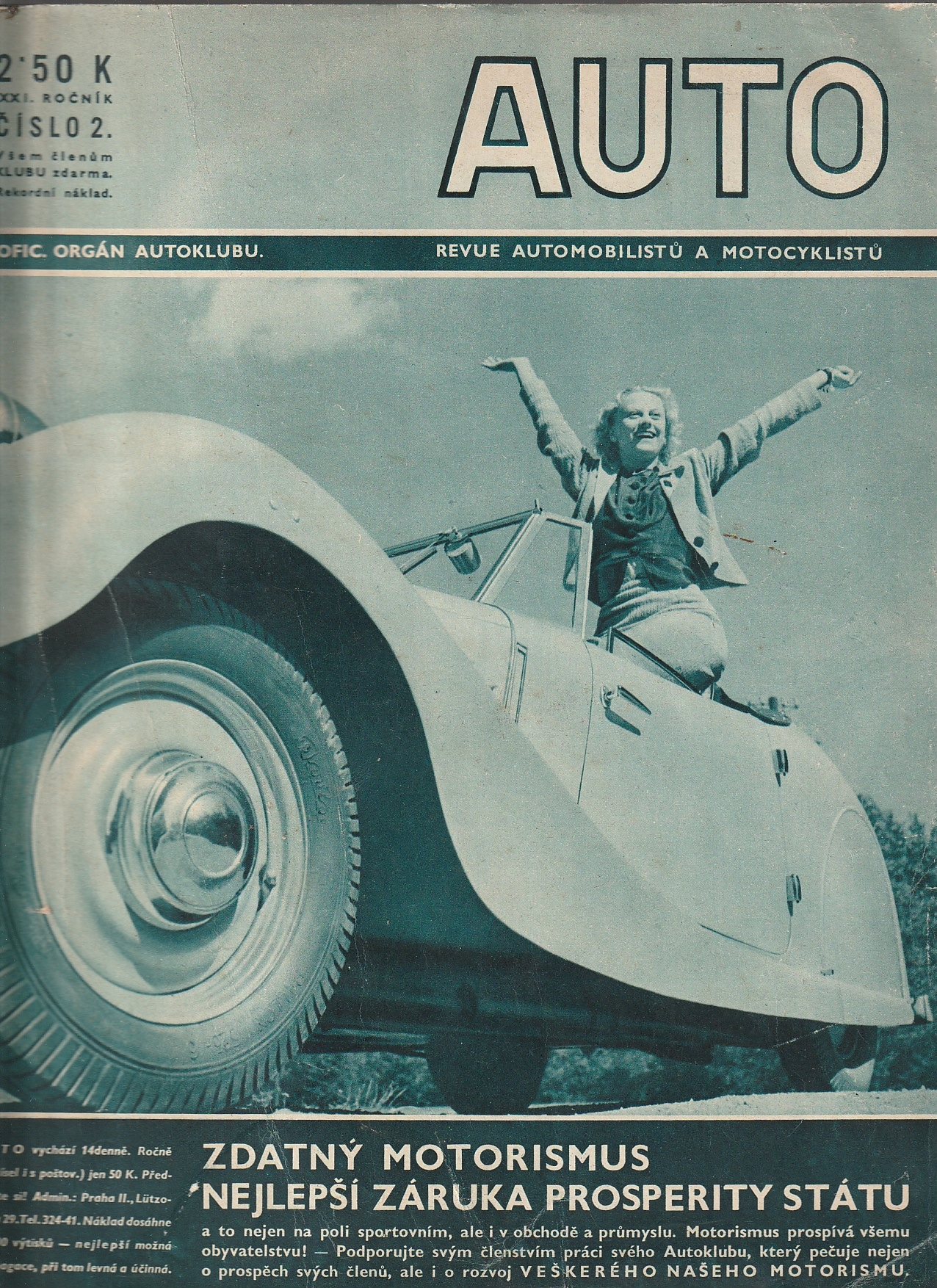